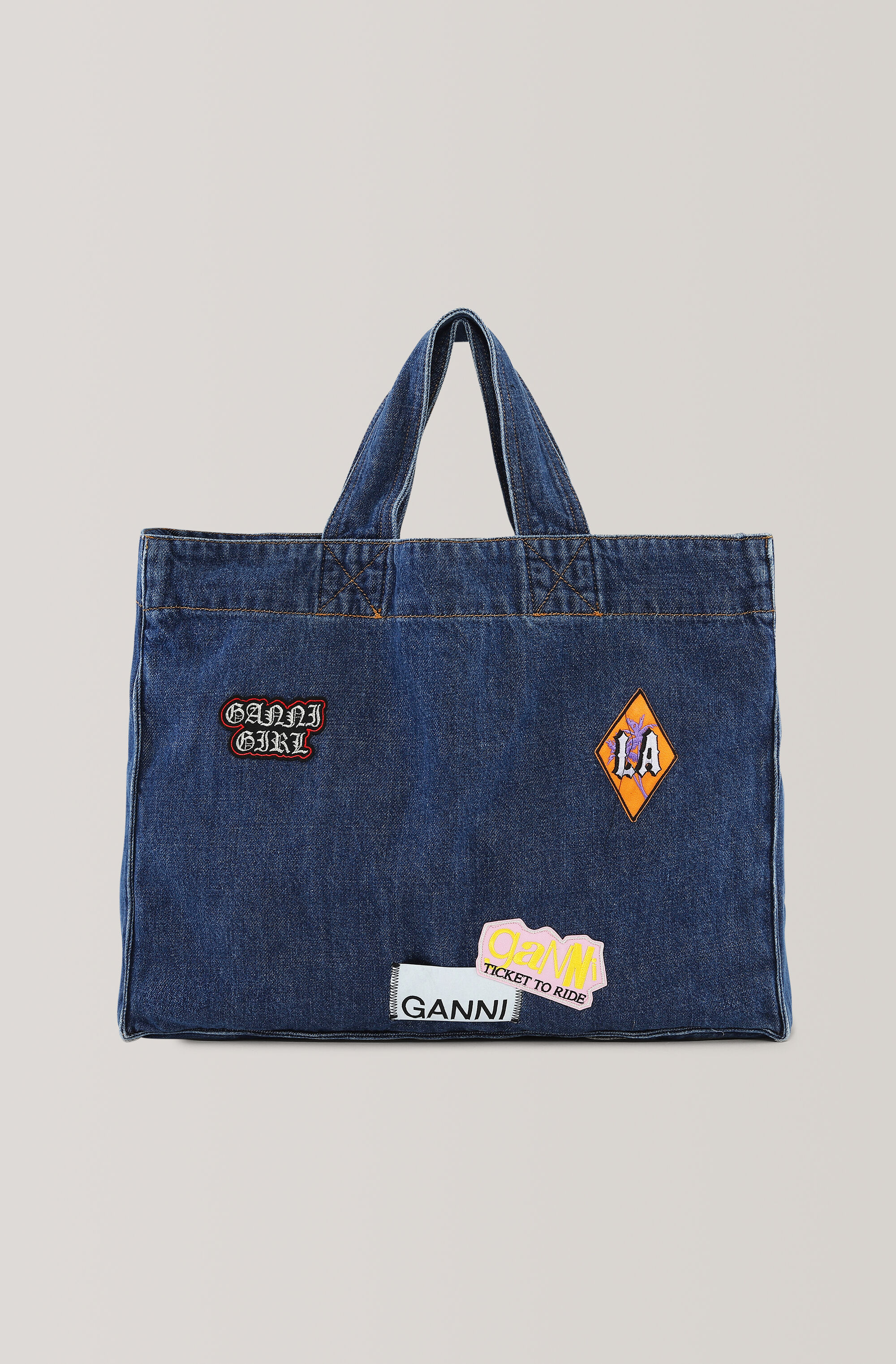 This extremely cute denim tote bag ($160) has captured our hearts, and we can’t wait to add our own collection of patches to the mix Ganni has started with here. The brand hails from Denmark and sometimes its Scandinavian roots are unmistakeable. But then they create a piece like this with an American vibe and it’s hard to believe they’re not from the USA.

The brand’s designers are clearly interested in the U.S., though, as the bag was designed to commemorate Ganni’s “Ticket to Ride,” a road trip across the Southern United States kicking off next month. It’s a limited edition made of upcycled denim from past-season GANNI styles. The patches indicate the four cities where the Ganni tour bus will stop: Richmond, VA; Nashville, TN; New Orleans, LA; Austin, TX; Dallas, TX; and Marfa, TX.

The bag will also be sold at kiosk’s during their tour stops. And when they’re gone, they’re gone! We suggest snapping one up ASAP.

You may also enjoy:

This Vintage Photo of …

We Found the Perfect …