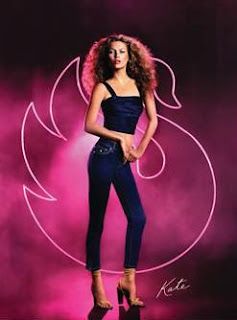 From Refinery 29 to the Washington Post to The New York Times, writers everywhere are hailing Gloria Vanderbilt’s role in making jeans a staple in nearly every woman’s closet.

Vanderbilt was a socialite, an author, an artist, and a poor little rich girl (so dubbed for being caught in the middle of an ugly custody battle as a child). But in the days following her death, she is being hailed, more than any other accomplishment, for making amazing jeans.

She took the most democratic of all American basics and married it to a story seemingly lived entirely behind a velvet rope, and the combination altered everyone’s closet. If you think your clothes have nothing to do with Gloria Vanderbilt, think again.

After beginning her career in art and textiles, Vanderbilt worked with Murjani, a New York manufacturer, to design blouses. The company came to her with the idea of designing jeans and, as Freidman puts it: “Ms. Vanderbilt was unsnobby enough, and smart enough, and had been in Vogue enough, to see the opportunity.”

She put her signature on the back pocket of the jeans and the rest is history. (Speaking of history I remember sorely coveting a pair in middle school, but had to settle for Zena.) Murjani invested more than a million dollars on a TV commercial and bus ads to market the jeans, and all 150,000 pairs made sold out on the first day of sales.

In 1979, her jeans sold more than rivals Calvin Klein, Jordache and Sasson. It’s easy to see why when you watch the commercial.