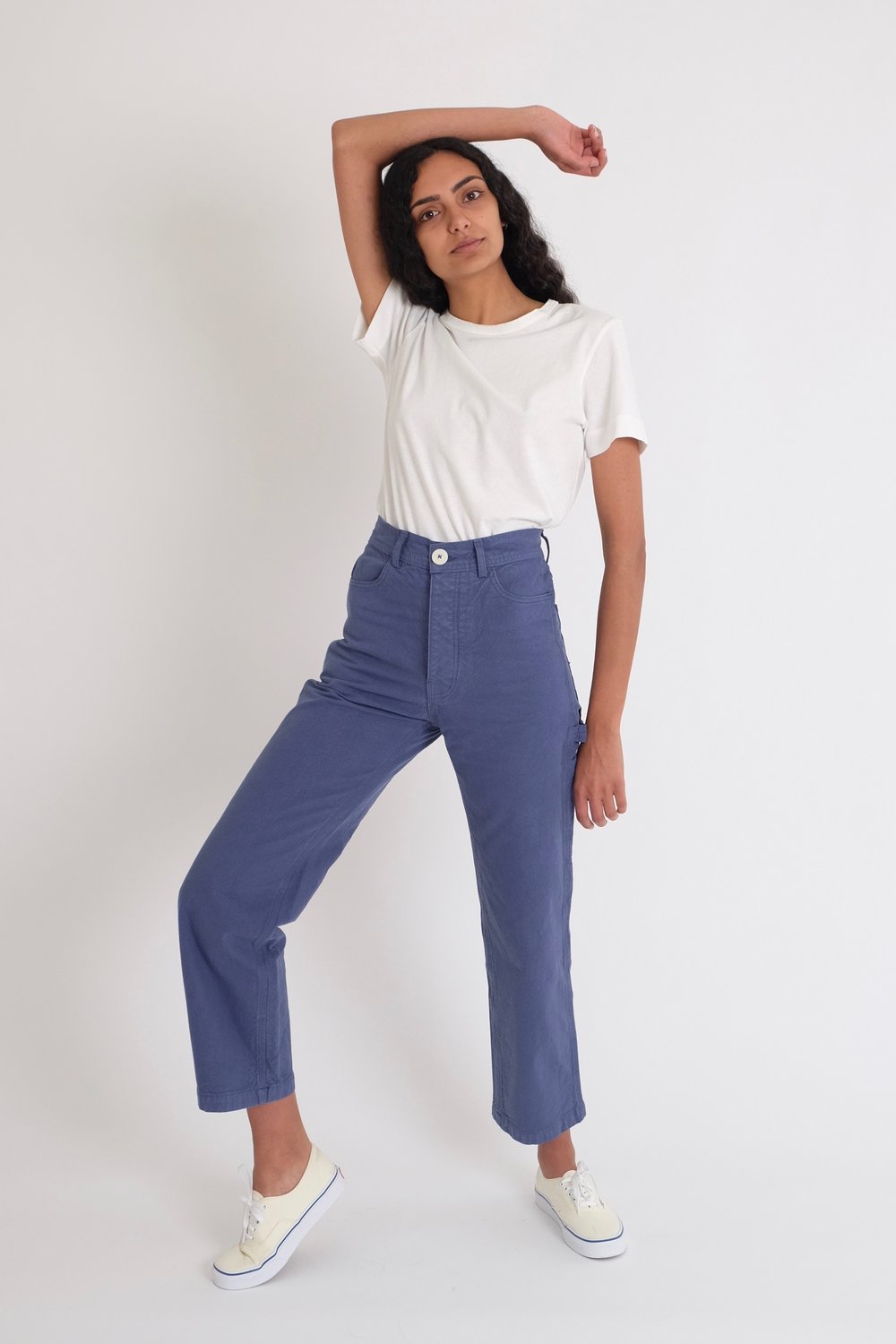 Did you think we were perhaps on the other side of the tipping point when it comes to high-waisted jeans? Did you maybe lament the idea, like me? Happily, The New Yorker has waxed poetic about torso-oriented jeans (and other pants) and has, hopefully, given them new life.

The article is a delightful ode to 12-inch-plus rises, which the author, Rachel Syme, describes with great affection:

“Personally, I want my pants to be so high that they can double as an underwire bra. I want to feel like Humphrey Bogart playing an exaggerated version of himself for Halloween.”

“Much like the buzzy Rachel Comey Legion trousers, Kamm’s pants hit at the ankle and give you the proportions and general vibe of a woman working in the Brooklyn Navy Yard during the Second World War.”

Despite the fact that Kamm pants launched a shocking 14years ago, a time when rises were making their way past the pubic bone, trend fatigue is being kept at bay, apparently.

Jill Guenza, the vice-president of global women’s design at Levi’s, told Syme that the twelve-and-an-eighth-inch rise on the brand’s wide-legged Ribcage jeans—the highest in Levi’s history, and which débuted a year ago—is one of Levi’s Mose in-demand styles.

“They serve as a playful, high-femme in-joke,” Syme writes. “These are business pants, but they are also a bit silly, a bit exaggerated, suctioning in the midsection like a corset.”

This woman really gets me.

You may also enjoy:

Thanks to Endless Variety, …